There has been a market change in the world ever since the advent of industrial revolution. Not only do we have new technologies, but we now follow a new style of living. In a world that has become a global village, we now enjoy the perks of technologies that even a century ago, were just glorified dreams. These dreams have been realized with mass suburbia, and a growth in population the likes of which have never been seen before. This has also led to problems like environmental degradation and global warming. To tackle these challenges, the power and construction industries have come up with ‘clean’ energy – one that enjoys a constantly renewable source; biomass, geology, water and sun. Solar energy has become a well-established trend in the past few decades. It is a technology fully realized and generously embraced by the local population. Available in the form of solar panels, it converts the sun’s rays into usable electricity. 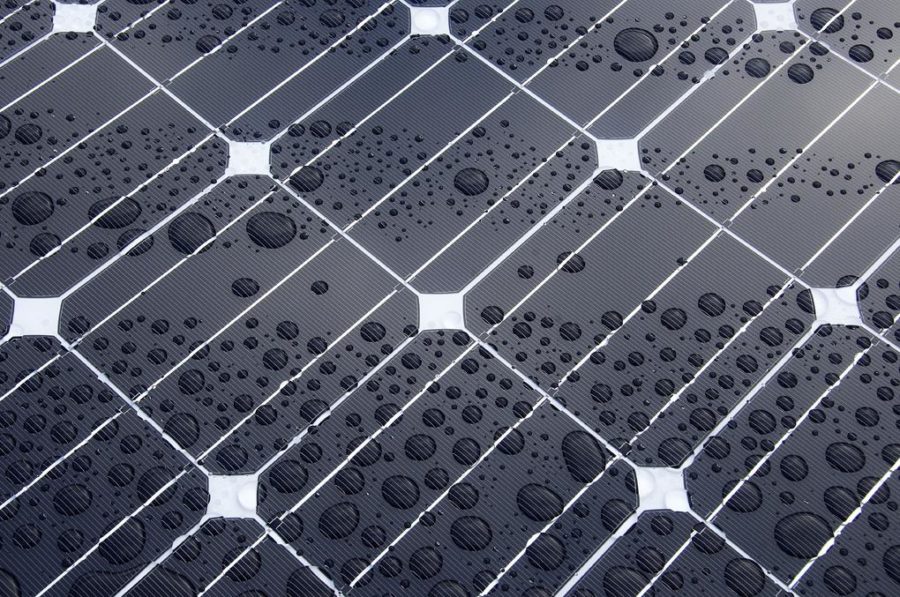 Solar panels are not a single entity. They come in various size, shapes and wattage’s – and are available now, through various companies; some old and some new. It is important that the consumer be aware of all available options before choosing which one to apply to their specific project. Solar panels also vary in applications; from large scale urban projects to small scale residential ones, solar panels are able to supply power to all. Aside from different companies, a consumer has to be aware of all the various types of solar panels available in the market at given moment – their advantages, disadvantages, and if they would be suitable to supply the kind of power your specific project would need.

It would be a key feature to note that more than ninety percent of the solar panels available in the market have silicon as a major component. The efficiency of any given solar panel, therefore depends on the purity of the silicon it is made from.

Further down, we would be discussing the two major types of solar panels available in the market at this moment.

As mentioned above, most of the solar panels in the market are made from silicon, and the efficiency rate of these panels depends on the purity of this silicon. The crystalline silicon solar cell is one that is mass produced and the most ubiquitous in the solar industry. Even in the crystalline formation however, there are different types of solar panels. In such cases, the efficiency of the solar panels depend mostly on the alignment of the silicon crystals it is composed off. The better and more cohesive the alignment, the more efficient the solar panel would turn out to be. When they are better aligned, the silicon molecules work best to conduct and conserve the energy that is being collected and morphed into useable electricity. The photovoltaic technology is based mainly on this phenomenon, where the structure of the solar panel might differ, but the component would remain the same. In the crystalline solar cell typology, the consumer has two options:

a. The Monocrystalline Technology

b. The Polycrystalline Technology

As the name would suggest, the monocrystalline solar cells are composed of a single crystal of silicon. This is the purest kind of silicon, and thus the monocrystalline solar panels tend to be quite expensive, but are certainly more durable too. These solar panels also tend to be more recognizable by just their physical outlook, as they are smoother, have a neat uniformity to their appearance, and have an even coloring that is alerts the potential buyer of their highly pure silicon formation. In composition, these monocrystalline cells are composed off silicon ingots. These ingots resemble the shape of a cylinder. To enhance the optimization of a single silicon ingot, it is cut from four sides to make it into a silicon wafer. This cut provides the major outlook of a monocrystalline solar cell, and enhances it inherent quality and molecular structure.

These were invented only after the advent of the monocrystalline technology, and were therefore a more modernized concept of the former type. These solar cells are different in structure than their monocrystalline counterparts – in that they are made in a completely alternate way. Molten silicon is cooled off to make the silicon wafer that gives the polycrystalline solar panel its outlook. The process of melting the raw silicon is relatively easier than cutting the crystals, so the polycrystalline solar cells are a bit more economical.

Thin film solar cells are a relatively new advent, and work best in a massive urban scale setting. These are made by depositing silicon cells in thin films over the panels face. The process is much like ionization, and because it is easier to manufacture, makes the thin film soar cells less expensive. These are, however less efficient than their mono and poly-crystalline counterparts.