Solar electricity is basically a conversion of the sun’s rays into usable energy. It is one of the foremost pioneering technology in the field of renewable energy, along with wind electricity, biomass, and geothermal energy. The idea of renewable energy was conceived and developed as a response against the impacts of massive urbanization, and the consequent industrialization. The industrial revolution has led to many previously unfathomable innovations, and the setting up of major product industries has led to a number of problems including global warming, environmental, and ozone degradation, to name a few. To counter these new problems, scientists have been developing outlets for renewable energy and how to deliver it on an individual and mass scale. Solar energy has been championed by many, and is one of the more widely embraces advances in this filed. Let us take a close look at the intricacies of this phenomenon.

As mentioned before, solar electricity is derived by converting sun rays into usable energy – and the technology that emulates this conversion is known as ‘Photovoltaic Technology’ or PV. This photovoltaic technology is incorporated in a normal solar panel in the form of small cells known as PV cells. These cells use sunlight as a source of power and converts it into electricity. Used not only in solar panels photovoltaic tech. is able to be inserted in small everyday objects such as calculators, computers and household appliances.  These cells are able to capture free solar energy – the most infinite and reliable source of power in the world – and converts it into solar electricity. 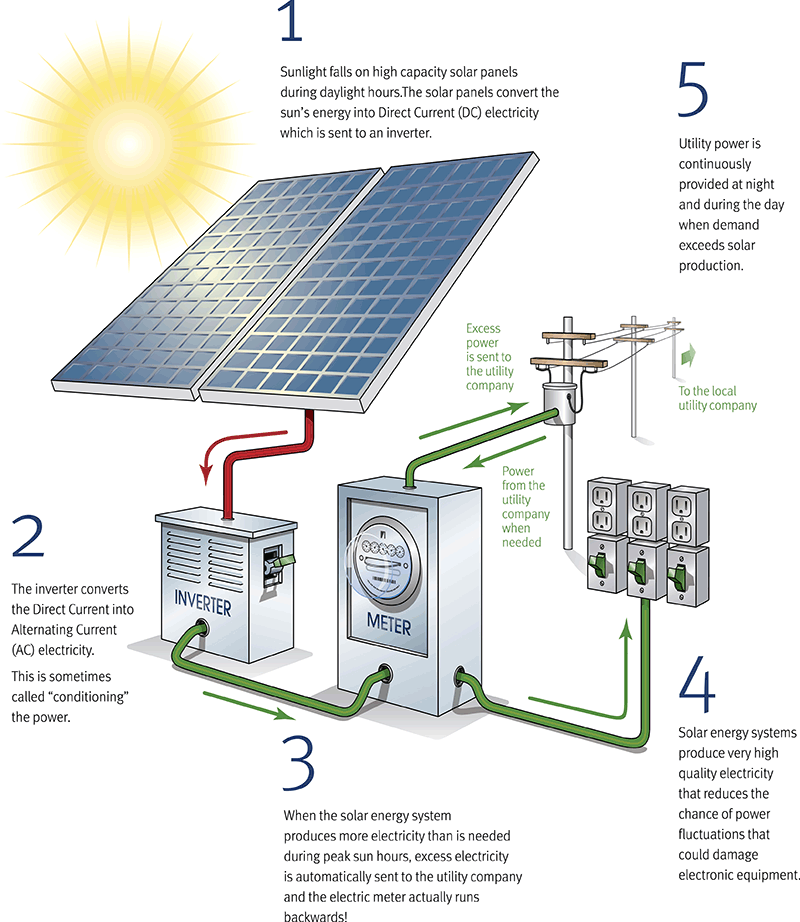 To understand solar technology, it is important to know how a simple PV cell is able to convert sun rays into electricity. The structure of a PV cell is such that it is comprised of usually two, and sometimes more thin layers of a semi-conducting material. This is usually silicon – more than ninety percent solar energy paraphernalia available in the market is comprised of silicon cells. When the silicon in the cells is exposed to a natural light source, it generates electrical charges that are conducted away by metal contacts as direct current (DC). Since the electrical output of a single cell is insufficient to provide a large amount of electricity, multiple cells are combined together and encapsulated to form a single unified module that takes on the shape of a ‘panel’. A single PV module is a building block of this system and many of them can be combined together to achieve the desired electrical output.

Since the PV modules have no moving parts, they require a minimum amount of maintenance. It has no excess emissions that might damage the environment, and its operational quality is virtually silent. Many of these modules can withstand harsh temperatures and boast a steady, resilient built that does not damage easily.

The PV system could be used in many applications, the most common of which range from single building unit supply modules, to small single power supply units (including solitary appliances and such), a normal local solar power network connection, and even remote telecom relay stations. 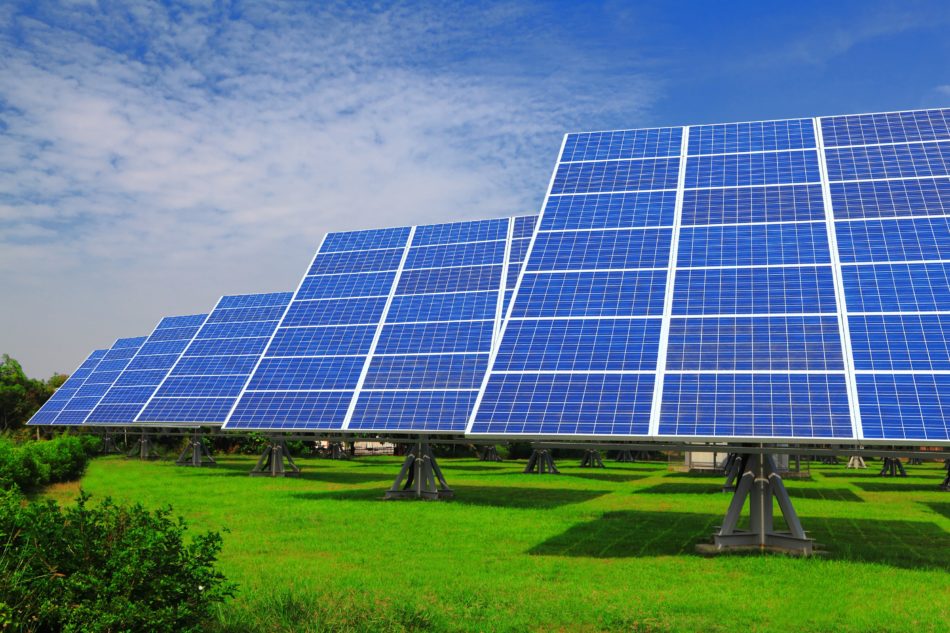 The common goal of the entire industry today is to establish ‘grid connect’ PV systems. These work in a networking system where each module is connected to the local solar electricity network. This would entail that the energy produced by the PV systems during the day could either be used immediately – which is common trend with integrated commercial and office buildings – or could be sold off to an electric supply company – which works best in a residential setting. When the sun goes down and the direct source of light is diminished, and the electrical system in unable to generate the required electricity then the power could be transferred back from the network. In this way, the grid system is a generalized storage system that harbors the energy. This entails that the PV systems could be without a battery storage.

These ‘grid connect’ PV systems are integrated into individual buildings. This technology is most suited for singular buildings as it provides a pollution and noise free environment, and even work in space constraints. This sustainable take on power generation has been topping the trends all over the world, and you could find many examples of this phenomenon all over the world.

The PV technology is more dominantly used in the developing countries, especially in areas where the electric grids are unreliable or do not exist at all. The remoteness of these locations make solar energy a more economic option comparatively. It would be important to note that many developing countries have a higher rate of solar radiation year round.

There are a number of ways in which the photovoltaic technology could be incorporated in any given building, be it residential or commercial. One of the most common ways are sloping roofs, in which the panels are mounted using frames. They could also be integrated directly into the structural fabric of the building in the form of building facades, canopies, and skylights.