You are at:Home»Solar»Solar Panel Buying Guide

With the rapidly fast pace the construction industry is growing at, it is only right that the innovation leading the way is just as exciting. Renewable energy has become a center of urban conventions and construction practices. This idea of renewable energy is being carried out through architecture and urban installations in the form of solar energy, geothermal energy, wind turbines and biomass. Some of it is carried out of a larger scale than most, but solar energy is at the top of this trend. It is one of the most widely embraced advance in clean energy, mostly because it is easily available, causes no pollution and is virtually noiseless. Its easy availability and technological advancement also plays a huge part in it becoming a slowly budding convention. Today, we would be looking at an introduction to purchasing solar energy systems. 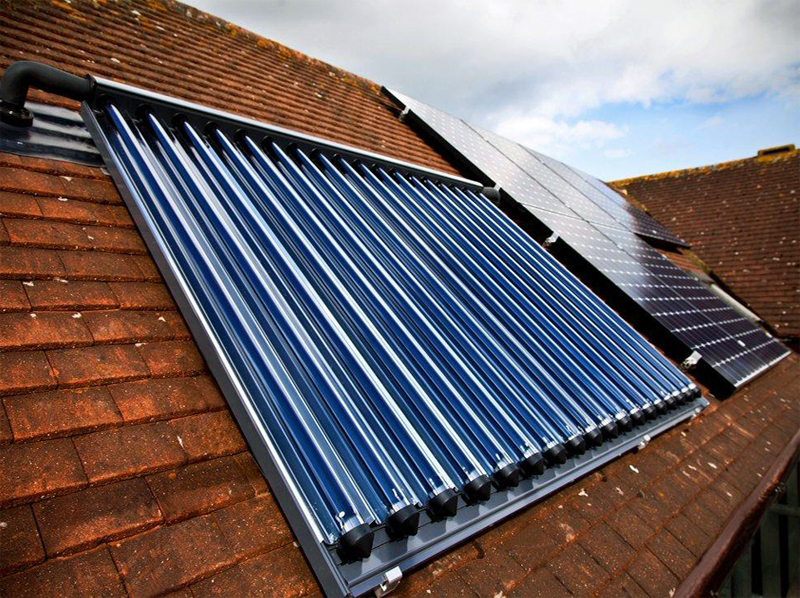 Even through its growing popularity with the general public, especially in the residential use genre, solar energy still only produces a measly 0.04% of the total renewable energy in the United States. It is a widely known fact that the use of solar energy in any given architectural envelop can reduce the average cost of energy being used in that particular building. This average cost of energy is known as a levelized cost of electricity, and includes the cost of installation which is then averaged over the life span of the system. It is important to note that this specific average remains constant over the course of time even when other sources of energy that are not renewable inflate in price. Switching to solar energy would definitely decrease the cost of utilities, and if one decides to sell their home than rest assured that the price of recuperation would be quite adequate.

Installing the solar energy system in your home, however is a decision that would certainly have big impacts. You would have to plan how you would finance the system, choose the equipment that needs to be installed in your home, select the right installer, and know how to maintain the entire system. Let us discuss the specifics farther in the article.

When you decide to install a solar energy system in your home, it is important to consider how you would pay for it. The initial installation cost for any solar powered system, depending on the brand, wattage, size and location would definitely be around, or almost equal to twenty thousand dollars, which is a pretty steep end considering the budget of an average suburban household. It could, however, be countered with a few strategies, which are explained in detail below.

When you decide to buy a solar energy system, there would be two ways you could go about it – either buy directly, or on lease. Both of these options are viable and come with their own set of advantages and disadvantages.

When you go about buying your own solar energy system, the main disadvantages include the hefty initial installation cost. As mentioned above, it is quite a stipend to be affordable for a working class family. Aside from that, there is also the factor of being the sole owner of a new system that do not yet know how to maintain. The advantages include being able to qualify for federal and state tax credits, and an added financial bonus in the return time in the long run.

On the other hand, if you choose to lease the system, then you would definitely not qualify for the federal or state taxes. The lease could also increase over time. Advantages include not being responsible for the maintenance of the system at the time of installation and as long as it is under lease.

In the case where you’ve decided to buy a solar energy system, it is important for you to consider how you would pay the steep price of initial installment, especially the down payment. For this purpose, many options of solar loans are available in each state, and none of them require an actual down payment. It would depend on the kind of loan you decide to take but you can pay a monthly rent – which would be lower than the current utility expense at your home.

Many banks and even independent solar companies are helping out the consumers by lending out private loans for solar system installations that are now backed by the local government.

The main advantage of purchasing your very own solar system is that you can make a lot of savings through rebates and tax credits. The current federal credit stands at a whopping 30%, and many states are adding an additional percentage to encourage citizens into investing on solar energy. Some companies offer a rebate as large as two thousand dollars.

You have to know the equipment that you would eventually need before buying the product. Aside from the actual panel, you would need inverters, racking/mounting systems, and performance monitoring systems. Each of these components are important, and without even one, the entire system could collapse.

Now you can make a well informed decision about what to do when you decide to invest in a solar energy system for your home.