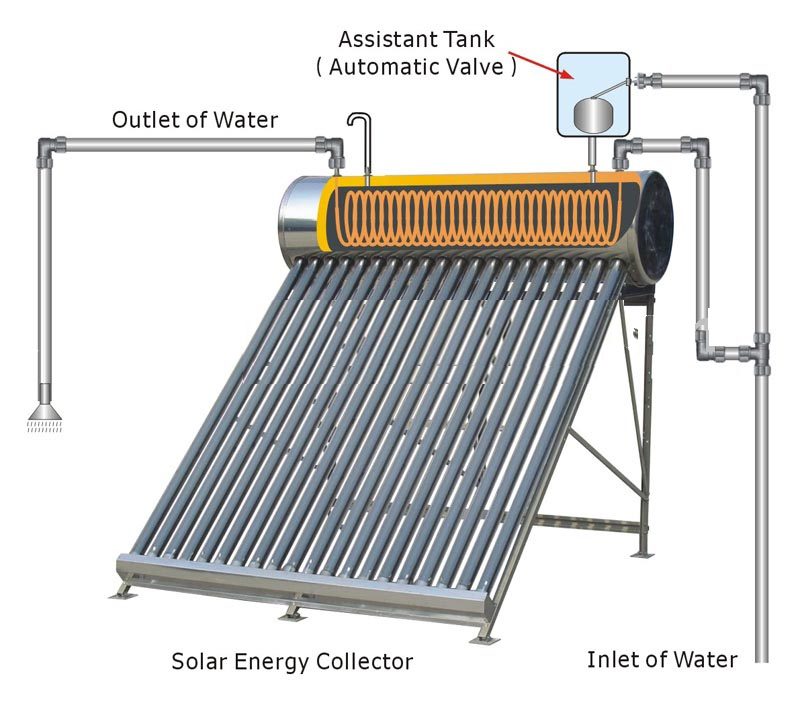 Solar power has changed the tides in the favor of renewable energy over the years. While before, people were scared to accept the idea of ‘clean’ energy, today is becoming a widely embraced trend. Solar energy has been breaking boundaries in the renewable energy genre for quite a while now. It is a fully established industry that is thriving on exemplary customer review. Now that the world is embracing Photovoltaics with open arms, there are new start-ups as well as established companies that help set up entire systems and integrate them into residential and commercial buildings. Solar energy does not only power your homes, it can also be used as a power source for various other objects – some small, like calculators and others large scale, like highway street lamps. Taking cue from the broad spectrum of this genre, we’ll be discussing the basics of a solar water heater farther in the article.

A solar power heater can cut the utility costs of your home, save a lot of money and make your footprint a little more greener. These systems are a bit complicated to integrate into an already constructed home, but rest assured that it would be a worthy investment for your future.

The working of a Solar Water Heater

To understand the working of a solar water heater, you have to understand the concept of a greenhouse. Just like a greenhouse traps a layer of heat energy and spreads it, the solar water heater collects the sunlight with the help of a glass plated front panel, behind which is a darker layer which absorbs this sunlight, and generates heat. This collector is insulated and keeps the heat trapped inside, and with the help of a heat exchanger in the form of copper pipes, this system transfers the heart to the water that moves though the collector.

This process repeats itself again and again, warming the water when the sun is high. This heated water is then stored into a tank for future use.

The solar water heater is an integrated technology that could not be installed without the help of professional. You would need a number of things – including and not limited to solar collectors, heat exchanger, and water storage tanks. These are only the big three. The solar collectors would have to be installed in a position and orientation where it could get an optimum amount of sunlight to be transformed into heat. The entire system would require additional plumbing to be added to your home. For this purpose, pumps would be installed for the water to move around the system. It is simple, yet intricate, and would only be done with the help of a professional.

Types of collectors for a solar water heater

The collectors come in various varieties, but there are three main typologies that are explained below:

As the name suggests, the Batch collector is used to collect ‘batches’ of water – several gallons at a time. These work well, and generate high temperatures easily. They look like black tanks, and the inside contains an insulated box that holds water. This water travels in and out of the tank. This movement is organic and achieved by the contraction and expansion of water as it is heated and cooled. They also work well for other heating applications. One drawback of these collectors is that they are designed to be used in warm climates and come with the risk of freezing when temperatures would fall below zero.

Resembling solar panels, these consist of a flat surface that works most efficiently when the sun is brightest. Usually six inches think, they tend to take up a lot of space, especially when affixed to rooftops – which is the ideal location. It consists of a single opening that routes water and consists of small copper pipes that exchange the heat of the water moving within them. These are a little more economical than the batch collectors. They are, however less efficient in windy climates and tend to lose heat very fast in colder climates.

Out of all the options, this one is considered the best as it is known to be more efficient. Its working consists of heating the water in the tank through vacuum tubes that are mounted just beneath. These work best in all kinds of climatic conditions no matter how cold or windy. They can also withstand major heat loss for a long time. They are, however a bit more expensive than the other two but given their superior efficiency rate and their ability to withstand harsh conditions, it would be a fair given.

The solar water heater uses two kinds of circulation systems to move the water through the heater. These are known as active and passive. The difference is that passive circulation does not need a pump to conduct circulation while active does. The difference lies in how their systems are actually set up. you would need to consult a professional for this purpose and they’d guide you better as to what kind of system should be chosen for the heater you want to install.